I am extremely new to substituting wheat flour with other low-carb gluten-free flours.  I am not on any specific diet nor do I follow keto cooking.  However, I do watch what I eat and I know that wheat, potatoes and rice is a huge no-no for my figure.  I also suspect that I cannot tolerate gluten as every time I eat a piece of bread or anything containing gluten, my stomach feels uneasy.   I never received any official diagnoses; I just stayed away from anything containing gluten. 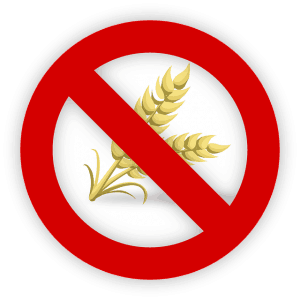 A friend of mine recently decided to follow ketogenic diet and opened a whole new world for me with low-carb, low-calorie substitutes for wheat flour and sugar.

I was really shocked that there are healthy low-carb substitutes for all purpose flour.  I mean what?  I can have pancakes now?  Or “breaded” chicken breast?  Or low-calorie low-carb cheesecake? Or some other foods that I avoided for the sake of a good figure?  I mean not that I was so obsessed and depressed with not eating pancakes, but the idea of having guilt-free pleasures quite excited me.

So, I tried using almond flour for zucchini pancakes.  They turned out amazing and I ate like 10 of them (I am not kidding, I was full for the rest of the day and even skipped dinner, but I did not complain about that).  However, it was very tricky to turn them over while frying and quite few of those pancakes broke.

Then a friend of mine suggested using coconut flour instead.  I made carrot pancakes with coconut flour.  Again, I loved the taste (and so did my husband).  However, some of the pancakes broke.

This is when I decided to smarten up and do some research on gluten-free low carbs flours.  And finally I was able to understand why gluten-free baking/cooking is so different from traditional one.

Why did my gluten-free pancakes crumble or what is gluten? 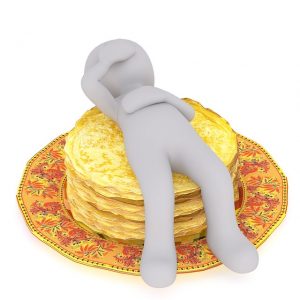 Usual grain flours like wheat, rye, spelt, barley and so on contain gluten – a family of proteins.  When flour is mixed with water (or any other liquid), gluten proteins become sticky and form glue-like consistency that is holding dough together, gives bread the ability to rise and become fluffy when baked.

Gluten-free flours do not contain gluten, thus not have an ability to form sticky consistency and hold ingredients together.

How to achieve fluffy baking and solid pancakes?

Xantham Gum is one of the additives that is used to achieve thickening goo-like effect.

“Xanthan Gum is a a food additive created by a sugar that’s fermented by a bacteria.” (www.healthline.com/nutrition/xanthan-gum )  Xanthan  Gum is considered safe and approved by FDA for consumption. It is often used in gluten-free baking and cooking as it can provide fluffiness and elasticity to goods without gluten’s viscosity.

What can you use in place of xanthan gum?

Some people do not like using xanthan gum.  There are some substitutes available:

Cornstarch – is a perfect substitute as a thickener in sauces, gravies and baked goods.  A larger amount of cornstarch is required to achieve the same thickening effect as with xanthan gum.

Arrowroot powder – made out of arrowroot plant this powder is very close in its consistency to cornstarch.  The drawback that it is quite pricey in comparison to xanthan gum and cornstarch.

Agar Agar – made out of seaweed gathered from the East Indian Shore.  It is quite hard to find in stores and it is not cheap.

Gelatin – made out of boiled animal bones and other tissue.  It is mostly used to solidify sauces and jams.

Psyllium husk powder is another additive used as a thickening.

Psyllium husk is produced from the seed husks of the Plantago ovate plant.  It is often used as a laxative as it contains very large amount of fibre.  In gluten-free baking psyllium husk absorbs extra moisture and holds goods together.  It is also friendly for people following ketogenic diet as it only contains 1.3 g of carbs per servings (the lifestyle recommends no more than 15 to 30 g of carbohydrates) and you do not need to add more than a serving to your cooking. It also aids to digestion and bowel movement which some people have problems with while following ketogenic diet.

If you do not want to use plysllium husk you could follow the same rule for substituting as with xanthan gum.

Absolutely.  Many people who follow ketogenic diet or other free-carbs lifestyle turn to almond, coconut and other carbs-free flours for cooking.

What is Almond Flour? 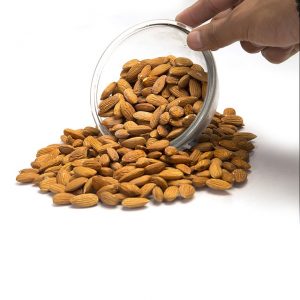 Almond flour is a gluten-free flour that is made out of ground almonds (no skin).  It is used as a substitute for wheat flour as a low-carb alternative and very popular among people who follow ketogenic diet.

How to use Almond Flour?

Considering almond flour does not contain gluten, it acts different from traditional wheat flour.  It is not as binding (sticky) as wheat flour (my pancakes kept of falling apart at the beginning).   Also your dough won’t rise with yeast as with wheat flour.  However, once you add Psyllium Husk Powder or Pure Xanthan Gum, then you are able to make all your usual foods including baked buns as you would do with traditional flour.

Usually all-purpose flour is substituted with almond flour in 1:1 proportion.  However, you might increase number of eggs in your recipe to achieve more binding.

Allergies – many people have an allergy to nuts and cannot use this flour.

Almond flour could be quite pricey if exclusively used for all baking, cooking etc.

Almonds are very high in the omega-6 fatty acids (which is a good thing).  Surface skin protects fatty acids from oxidation.  Once skin removed (like in almond flour), then fatty acids have increased tendency to oxidize once exposed to high temperatures (like in baking, frying, cooking).  This could be potentially unhealthy if used often and in large amounts.

Also consuming high amounts of omega-6 could be unhealthy (if you eat few almonds, you are fine; however it takes 90 almonds to make 1 cup of almond flour – so, it is a lot of almonds in just one cup).

What is Coconut flour?

Coconut flour is made out of dried white lining inside coconut (coconut meat). 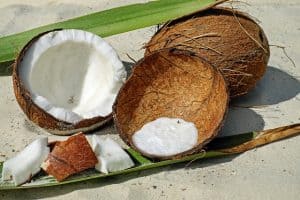 It contains zero grain, zero gluten and zero nuts; it is high in fiber and protein and very low in carbs.  The other good thing with coconut flour is that you need much less of it in cooking than any other flour (for example, ¼ of a cup of coconut flour will substitute a full cup of all-purpose or almond flour).

Coconut flour requires a lot of moisture when baking and most recipes with this type of flour usually include 2-3 eggs per ¼ cup.

Due to its ability to absorb moisture, coconut flour needs to be kept in airtight sealed bag or container.

Despite some failures in my first experience cooking with almond and coconut flour, I still find that both are an awesome alternative for those people who are trying to cut carbohydrates in their food.  I also do not really believe in diets, because I do not believe in quick fix or restrictions.  I believe in healthy life style and it seems like carb-free flours could be one more step towards that. 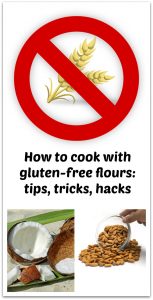