Skip to content
Contents hide
Where do pickles come from ?
How do you make pickles?

Where do pickles come from ?

A pickled cucumber, or simply a pickle, is a common everyday food item in almost any country in the world.  Pickled cucumber is a cucumber that has been preserved in flavoured solutions of brine, vinegar, spices, salt and other flavourings.

Scientists believe that cucumbers originated in India and were introduced to the world in 2030 BC.  It is believed that cucumbers were pickled in Mesopotamia as early as 2400 BC (4400 years ago).  Cucumbers also set their traces back to 3000 years ago to western Asia, Egypt and Greece.

Aristotel noted healing effects of pickles in 850 BC.  Ancient sources praise pickles not only for nutritional values but also as a beauty aid.  Cleopatra seriously believed that pickles contributed to her good looks (Terebelski and Ralph 2003). 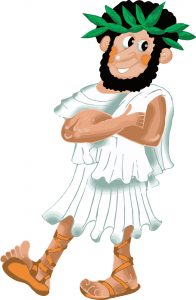 Pickles were respected by sailors and world explorers due to non-spoiling properties and nutritious values (Amerigo Vespucci brought barrels of pickles abroad his boats before settling to explore the New World).

Napoleon valued pickles as an important health asset to his armies.

In 1858 John Mason patented the first Mason jar.  His jars were made of thicker glass and were able to withstand boiling temperature for prolonged period of time.  This jar was perfect for making and preserving pickles.

In today’s time it is estimated that 5,200,00 pounds of pickles are consumed in United States each year.  (Terebelski and Ralph 2003).

How do you make pickles?

There are tons of recipes all over internet on how to make pickles.  People use variety of methods, spices and flavours to satisfy everyone’s taste buds.

Personally, I am not a big fan of strong pickles.  I prefer mild-sour pickles.  However, being a busy and lazy person, I use a recipe that I adopted from internet long time ago.  It is fast, easy and you can enjoy mild-sour pickles within hours of preparation. 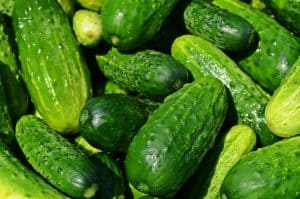 Cucumbers – 1 kg (I prefer farmers’ cucumber, but any type of cucumbers will do)

Cut dill and green onions (you determine how much you prefer, I like a lot and I cut a lot)

Take large zip lock bag.  Place cucumbers, dill, onion, garlic and chili flakes (optional) in the bag.  Add salt.  Again, there is no measurement for the exact amount of salt, it depends on how salty you want your pickles to be.  Add sugar. Sprinkle with lemon juice.  Close zip lock bag and mix contents thoroughly.  Next, open the bag and try to squeeze as much air as possible out of the bag without squashing cucumbers.  The less air you have, the faster brine will start to form, the faster your cucumbers will pickle. 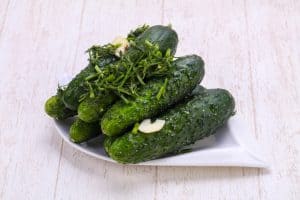 Put the bag into the fridge and in about 4 hours you can enjoy freshly made mild-sour pickles. 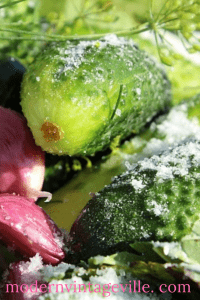 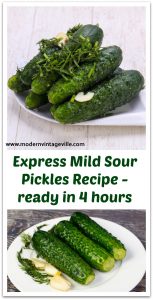